Based on data from 2020, globally proven gas reserves amount to 188.100 bln cubic metres, which could fulfil the current gas consumption of the world for 49 years[4]. The largest gas reserves of the world are located in the Middle East and in Russia, while in Europe the share of those reserves is only 1,7%[5], amidst constantly decreasing production.

According to market trends, large gas producing countries are traditionally large consumers as well. However, Europe consumes 14% of the world production but contributes only 5,7% of the global annual gas production. Hence, a significant part of its annual consumption (541 bln cubic metres) is provided from import sources. The most important import sources for the EU are Russia, Norway and Algeria, as seen in the graph below.

The share of gas imports from various countries in the EU

Natural gas ranks first in the primary energy consumption of Hungary, largely due to the fact that it is constantly available, in line with rapidly changing demand, and its an important energy source both in the residential heating and in the power generation segments. The level of domestic gas consumption is mostly determined by the weather during winter, and it is also largely influenced by the demand of power generation and industrial usage. Natural gas consumption shows a decresing trend in the long term, but in recent years it has stabilized around a level of 10 bln cubic meters per year.

Natural gas extraction appeared in Hungary among the first ones in Europe, with a heyday in the 70s-80s. However, extraction has shown a declining trend for years: 1.57 bln cubic metres of gas was extracted in 2020, covering less than one-fifth of domestic consumption. Looking into the future, this decreasing volume extraction is still an important cornerstone for the safe and affordable energy supply of Hungary. 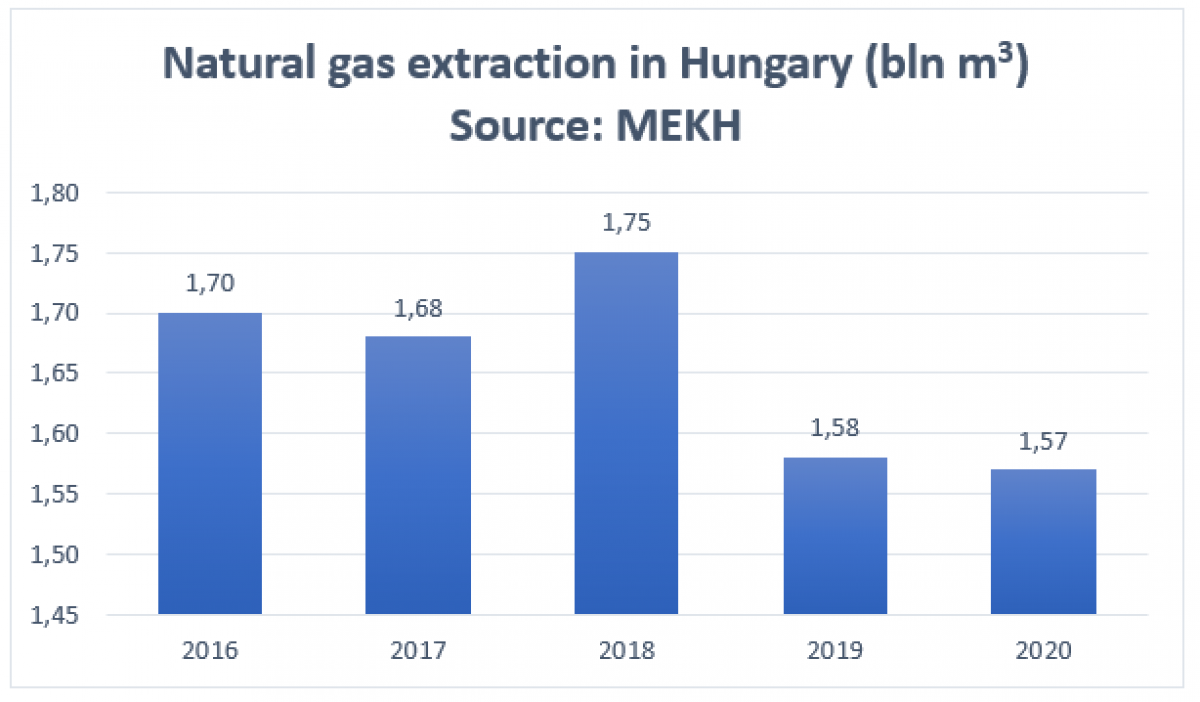 Gas transportation in Hungary not only covers the demand arising from domestic consumption, but since the Hungarian natural gas system is an integral part of the pan-European natural gas network, the Hungarian system also contributes to regional security of supply via gas transit. The volumes of gas reaching Hungary from various directions all contribute to an affordable domestic natural gas supply. 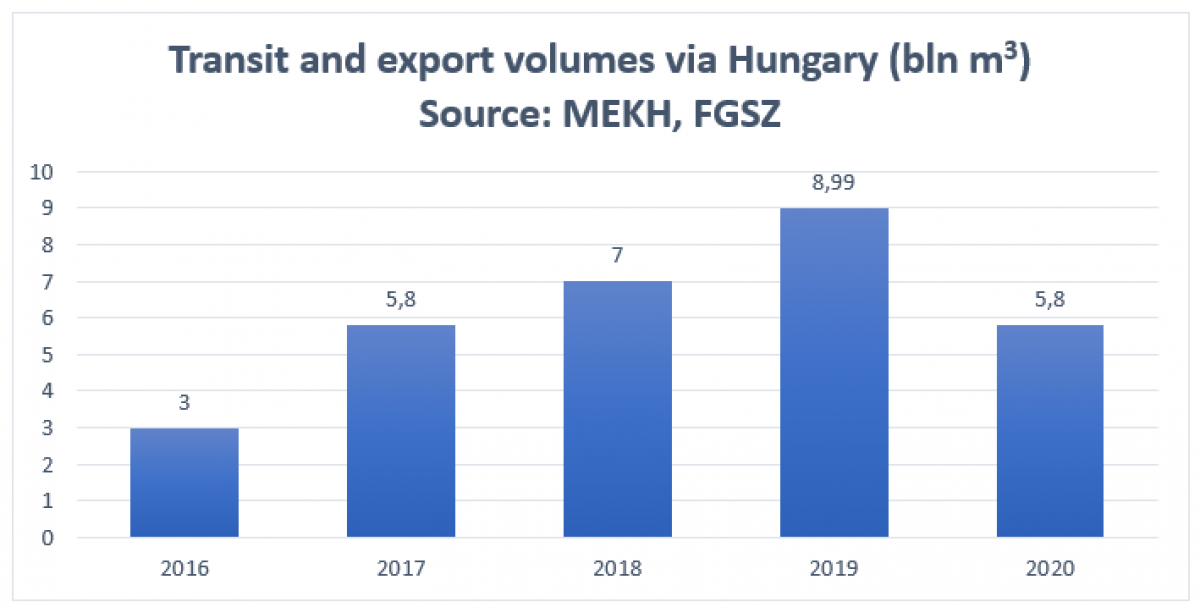